Use Gmail and Google Apps With SugarCRM

I use Gmail along with the rest of Google Apps for a large part of my work along with SugarCRM. Being a very busy person I don't have time to waste. It is critically important to minimize and eliminate unnecessary work. With the Gmail and Google Sync integration, my information from either application is readily available to use in the other. My emails, calendar items (calls, meetings, and tasks), contacts, and documents are there at all times in either Google Apps or SugarCRM. Best of all, it only took a few minutes to set up.

To illustrate the power and abilities of the tool here is a somewhat made up scenario.

An email comes through in my Gmail inbox from Sally Brown (yes, Charlie’s sister) via email wanting to discuss a potential partnership. Using Google Calendar I create the meeting invite before moving on to the next emergency email that just came in.

Later on while working in SugarCRM I see the meeting in the calendar. 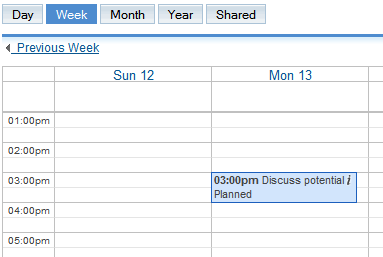 Being a sometimes forgetful person I check it out to see who is in on the meeting. To no surprise I forgot to invite Sally. Before getting distracted again, Sally gets added to the meeting in SugarCRM.

To be safe I check the Google Calendar entry and see that Sally is there. 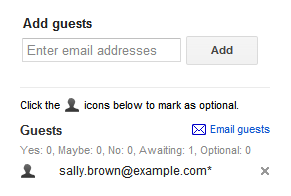 Before the meeting a general agreement form that is kept in Google Drive needs to be sent over to Sally as we will be reviewing it together.

Already being in SugarCRM, I craft an email and attach the document right from within the SugarCRM email client. 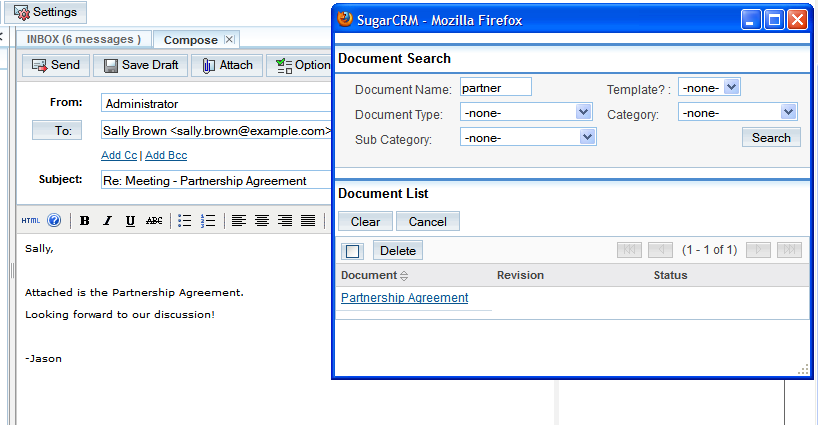 After the email is sent from SugarCRM it is saved in Gmail's sent folder.

My favorite part of Gmail and Google Sync, besides it just working, is that I can use whatever application I am currently in. No need to flip between applications which saves me a considerable amount of time. Try it yourself today with a 30 day Free Trial and see how it can save you time and money.