It is not uncommon for a company to use multiple Zendesk instances. A company may choose to have multiple Zendesk instances to support multiple business groups within the company or because of mergers and acquisitions. However, most of the time the company will still have a single CRM instance where all of their customer data lives. The challenge is then how to link all of those Zendesk apps with a single CRM.

With the latest Fanatically Zen release it is now possible to sync multiple Zendesk instances with a single SugarCRM or SuiteCRM instance.

Have an instance for different product lines?

You can do that.

Do different departments run their own Zendesk apps?

Sync them all to Sugar.

How does it work?

Do you want a contact in Sugar to exist in all Zendesk instances?

You can do that.

Do you want to have that contact only live in a specific Zendesk instance?

Hey, no problem-o. That can be done as well.

Does a customer belong in more than one Zendesk instance? All tickets from all of those instances will be displayed in a single dashlet in Sugar. Each ticket will show a label that specifies the exact Zendesk instance it is from. 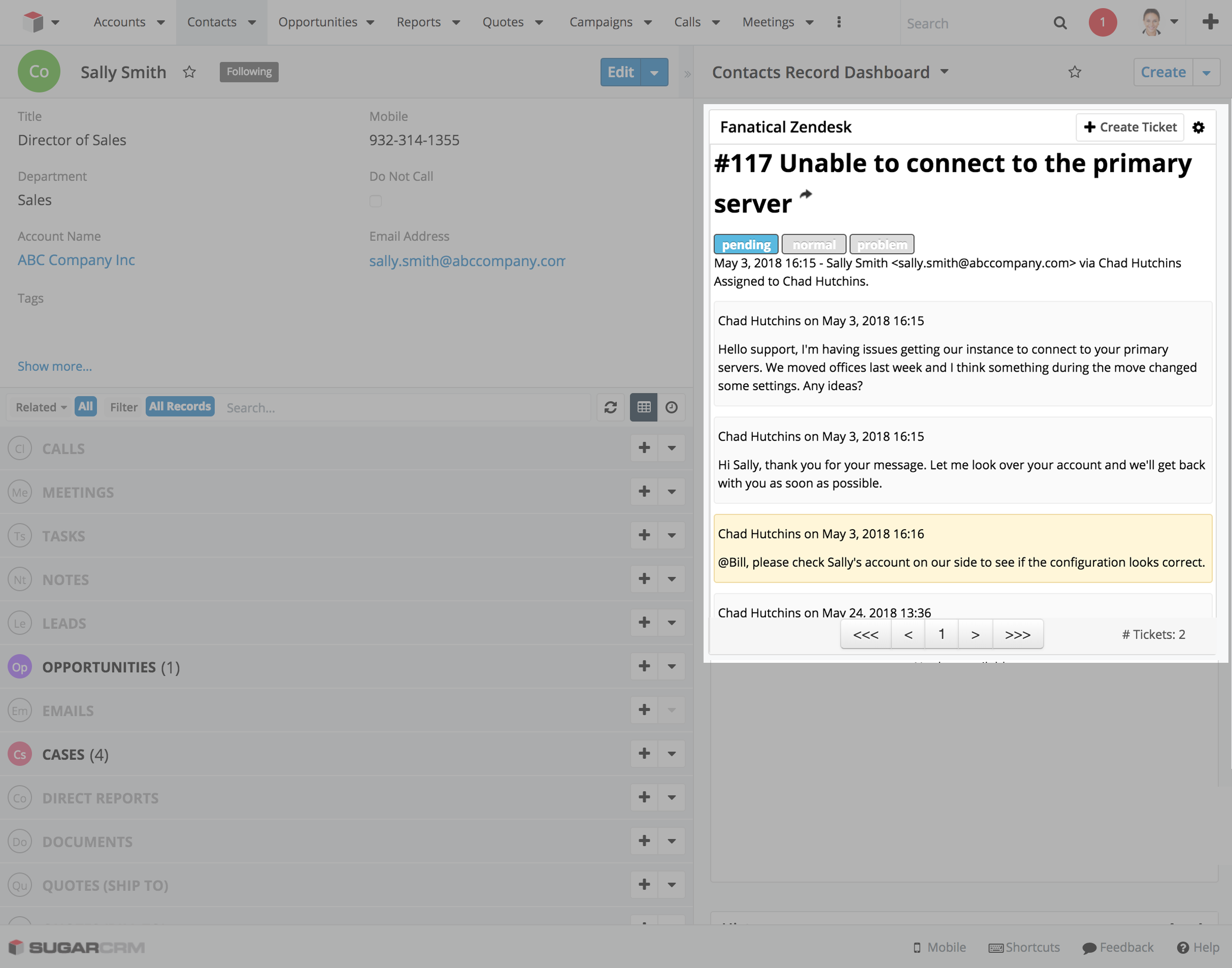 With multiple installations of Zendesk you can define custom views in each for which data from Sugar should display.

When it comes to syncing Zendesk data to Sugar, it is possible to configure exactly which modules the Zendesk data gets synced to. You can can sync Zendesk Tickets to CRM cases, Zendesk Contacts to CRM Leads, you can sync to custom modules and custom fields. It is very flexible.

How Do I Get Started?

Fanatically Zen with SugarCRM and Zendesk

Empower your support and sales teams with clear visibility to the right data, right when they need it. With the Zendesk and Sugar integration, your teams will be able to stay up-to-date on all relevant records whether they're working in Zendesk or SugarCRM.