Using SugarCRM CE but in need of an easy to use, but also a detailed reporting module? Then Reports for SugarCRM CE is for you. Quality reports providing valuable insight into your business has never been easier to create and keep up-to-date.

If you have ever used reports in Sugar Professional you will feel right at home with Reports for SugarCE. The interface is very similar and well thought out. If you haven’t, you are in luck. Reports for SugarCRM CE has one of the simplest interfaces you could ask for while still giving you lots of options to customize your reports.

Installation is quick and painless

After a few clicks you are on your way to creating reports. No setup wizards or scripts necessary. After installation you will find a few example reports that you may find useful. When creating a new report you will be asked which module you wish to report on. Then what type of filters to use, which fields to show, and how to group them (such as by account, or user). You can also filter or group by related fields in a module. For example, show all Accounts which have Meetings coming up in the next month. The creation wizard also lets you select from three different visual charts: Pie, Funnel and Bar (also know as a column report). 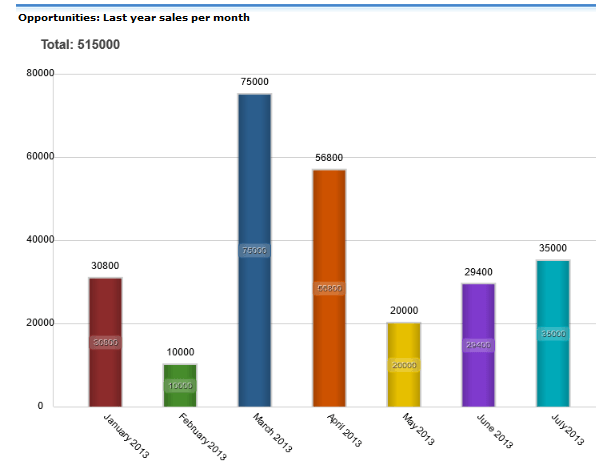 When viewing a report you have the ability to change which values or filters you want to look at along with the list shown below the chart. Additionally, you can download reports as PDFs or add any report as a dashlet on your home page. Reports also has a Dashboard Reports screen, which is similar to a SugarCRM dashlet. From the Dashboard you can display multiple reports (such as sales and leads) as widgets. For example, you can create a tab called “Q4” that displays up to three columns of reports and another tab called “Fiscal Year 2014” that display different (or similar) reports based on your needs.

For the price, it’s hard to beat the features and simplicity of Reports for SugarCRM CE. If you’re not quite ready to make the jump to Sugar Professional then this reports add-on will give you the flexibility and power you need to visualize your company's key metrics for success. 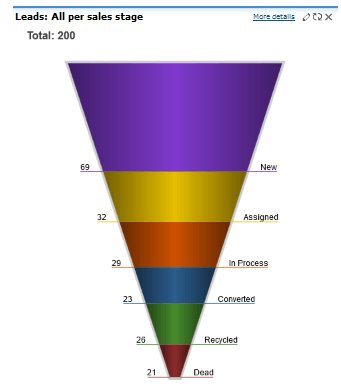