Today, Zendesk announced that the integration they developed with SugarCRM years ago will no longer be supported as of October 13th, 2017. Support for SugarCRM has stalled over the past year with the last supported Sugar version being 7.5. As part of sunsetting the old integration, Zendesk is recommending current users to switch over to the SugarOutfitters version as it is "a newer and better integration product". 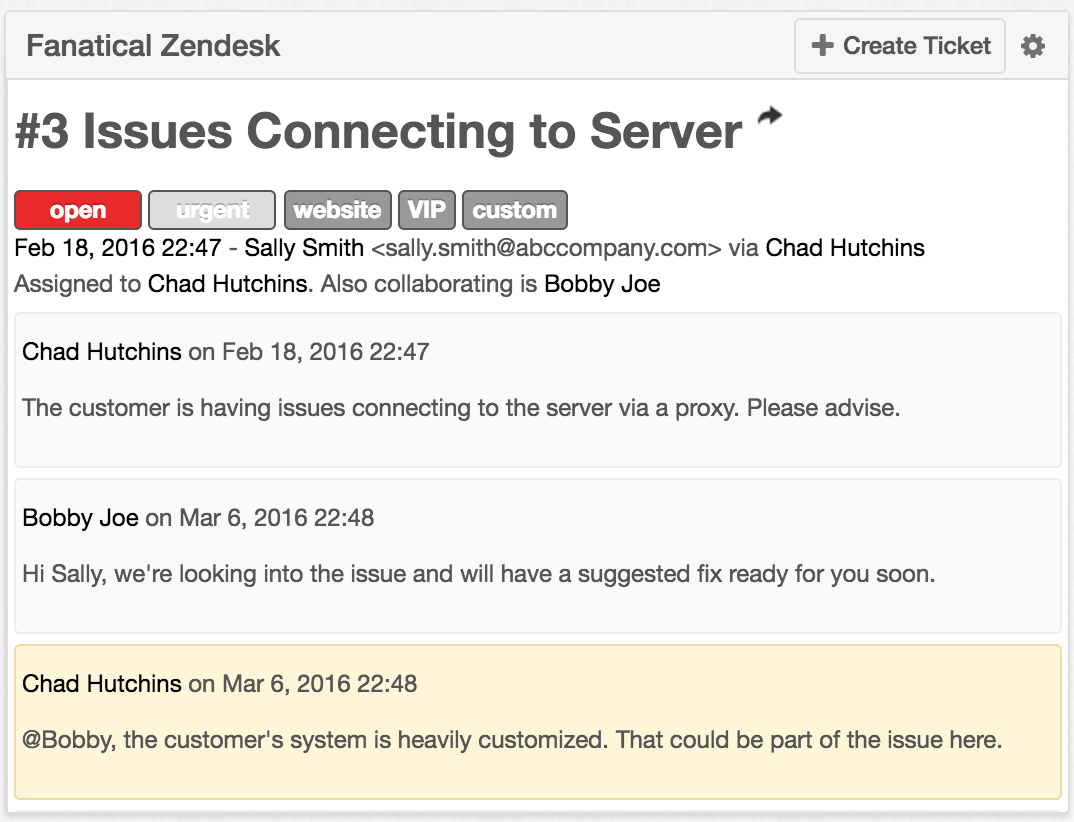 What the EOL milestone means

What you need to do

Are you already using the old integration? Follow these steps:

You can reach out to the new Zendesk integration team at: https://www.sugaroutfitters.com/support/zendesk-sugarcrm.

Fanatically Zen with SugarCRM and Zendesk

Empower your support and sales teams with clear visibility to the right data, right when they need it. With the Zendesk and Sugar integration, your teams will be able to stay up-to-date on all relevant records whether they're working in Zendesk or SugarCRM.